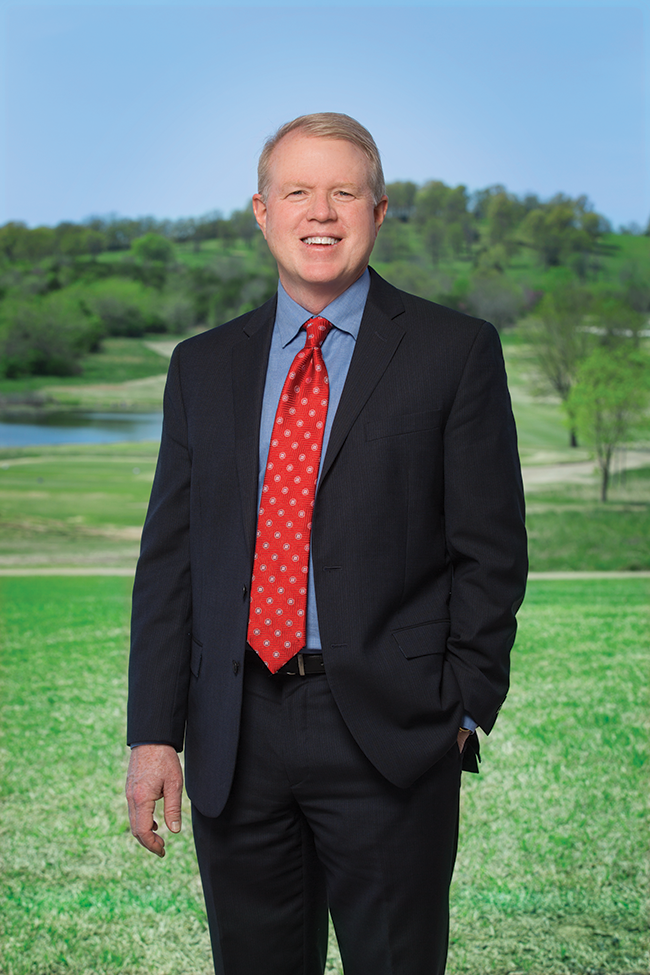 Lang Zimmerman is a 1985 graduate of the University of Arkansas with a B.S. in Computer Science Engineering. He is Vice President of Yelcot, a communications company based in Mountain Home, Arkansas, providing high-speed broadband internet, local exchange telephone, security services, and cable television over fiber networks to a multi-county area of north-central Arkansas.

He also co-founded and has been the Managing Partner of Big Creek Golf & Country Club since 1998.

Zimmerman received the Distinguished Alumni Award from the University of Arkansas College of Engineering in 2005.

He has served on the University of Arkansas College of Engineering’s Dean’s Advisory Council since 2018.

Zimmerman has served as a member of Industry Advisory Board of the Department of Computer Science and Computer Engineering at the University of Arkansas since 2011.

He was inducted into the Arkansas Academy of Computing in 2012 and is also a member of the University of Arkansas Chapter of the Academy.

Zimmerman has been a member of the board of directors for Baxter Regional Medical Center since 2016 and served as Chairman 2020-2021.

He is a long-time board member and two-time past President (2000 & 2016) of the Arkansas Telecommunications Association. He has also served the ATA for over 20 years as Chairman of its Legislative & Regulatory Committee.

Locally he has served on the board of directors of the Mountain Home Chamber of Commerce.

Zimmerman is also an active member of the Rotary Club of Mountain Home, and served as President in 2002-2003. He is a Paul Harris Fellow of Rotary International.

Zimmerman is a charter member of the John Updike Society and serves as a panelist for Golf Digest’s course rankings.

He has two adult children: Sloane Zimmerman, M.D., who is a pediatric GI physician at Texas Children’s Hospital in Houston; and Richard Zimmerman who is a CPA in Fayetteville.